Though Jurassic Heart is a few months old now, it’s one many people missed at the time. It’s an absolutely adorable tale of a T-Rex who wants to play the ukulele (but has such stubby little arms!) and a girl who wants to help him. It’s built like a classic dating sim which, if you’re unfamiliar with their genre, are basically choose-your-own-adventure games with an emphasis on romance. But instead of satirising it like you might expect, it’s actually a rather sweet homage.

Not the romantic sort?

My Name Is Tara Sue is a piece of interactive fiction that is great in its simplicity. Blending the mundane aspects of office work with something stranger afoot, it’s got a great hook that will have you playing it a few times, just to see if you can figure some more out.

And if you fancy something a bit more portable, here are Ben’s mobile recommendations for the week: 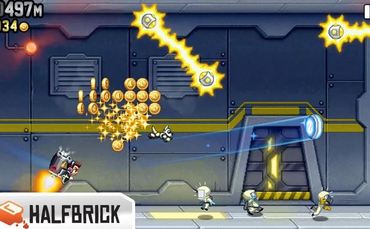 Jetpack Joyride – Addictive fun from the studio which brought us Fruit Ninja. An excellent riff on the old “copter” style games, where you must escape (or attempt to, considering it’s an infinirunner) a top-secret lab by stealing the titular jetpack. Obstructions which appear with increasing frequency to test your reflexes include lasers and missiles, the natural predators of the secret laboratory. And as with all great mobile timesinks, there’s plenty to collect and unlock including costumes for the main character, Barry Steakfries, and jetpack variations (like a steam-powered pack or a minigun that propels you with bullets). 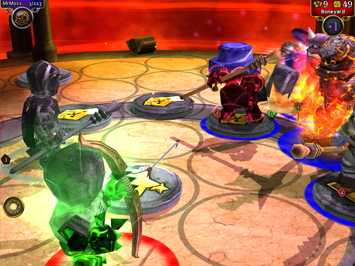 Combat Monster – An interesting combination of hex-based strategy and trading card game. The visuals are pleasant and it keeps your cards varied enough throughout the reasonably sized campaign. The true draw in Combat Monster is the tactical element it brings over other combat card games by having 3D characters on a board, capable of outmanoeuvring your opponent or laying traps. This small addition opens each game up to a myriad of variables and keeps the battle fresh. With online play, or local co-op, this could be just the thing to crack out at the pub for a match with friends.