People love online multiplayer games because there is a comforting feeling of companionship that comes from playing within a community. Players are increasingly compelled to extend their experiences outside of the game itself.

Some games are the antithesis of multiplayer and revel in creating a sense of isolation. Playing a single player game is an inherently solitary act, but some games invoke such a compelling feeling of loneliness that it comes to define the atmosphere. As a text-book introvert, I need a hefty amount of time to myself. I identify with these games and find respite in their worlds, and the element of fantasy allows me to explore these sentiments without veering too close to reality. It’s a bittersweet experience, but it reminds me that it’s okay to want to disconnect. Once this feeling inevitably passes, I have a renewed desire to step back into society, check in with my friends, and stop being a smelly hermit. Games such as these play a part in that process.

Next time you find yourself burnt out on multiplayer mayhem – or just need a little solace – these titles will have you wallowing in more loneliness than a Saturday night solitaire session. That sounds fun, right?

It’s perhaps worth noting that I’ve excluded horror titles from this list, as a feeling of isolation is mandatory in any (good) horror game, and is simply a peg from which to hang fear.

Using stark, clinical presentation with lashings of vibrant colour, this first-person mind-melter tasks the player with completing obtuse, otherworldly puzzles. The tool used to solve them would have Aperture Science scratching their heads. The player places cubes using a gun, then manipulates them in various ways to make progress. Real-world logic is cast aside to implement Antichamber’s own twisted reasoning. There is a sense of being experimented upon for purposes unknown. While traversing the game’s nonsensical hallways, aural snippets of birdsong and babbling brooks can be heard, adding a feeling of displacement. Life as we know it does not exist here. Is there anything lonelier than inhabiting the far reaches of outer space? The Swapper’s frosty, clay-animated world suggests not. Using the titular ‘Swapper’, the player creates clones and transfers their consciousness to them in order to solve intricate puzzles by ascending their discarded corpses.  As you climb into your current vessel and land safely at your destination, the bodies inhabited mere moments prior plummet to their demise hitting the ground with the blood-chilling crunch of shattering bones and a hiss of oxygen. At the end of every puzzle, the current ‘you’ is the only survivor.

Never has such a lusciously colourful and lively world felt so sombre. Exploring the 2D landscapes with the 3D rotation mechanic, you encounter seemingly endless doors. These doors transport you to lonely floating islands, containing yet more portals to discovery. You’ve soon ventured so far and wide that you begin to comprehend just how miniscule and seemingly insignificant main character Gomez is within Fez’s universe. Disasterpeace’s masterful soundtrack accompanies the adventure, further saturating the experience in melancholy. By the game’s end, Fez distils these emotions into a solitary pixel, commenting on the loneliness of game development itself.

Titan Souls puts you in control of a lone warrior, faced with the insurmountable task of awakening and destroying ancient guardians. Your only weapon is a bow, loaded with a solitary arrow. There are no other enemies to encounter while you travel across the desolate environment and a mournful breeze is the only companion to be found. After each titan falls, the protagonist levitates with triumph, seeming to draw power from the resulting bursts of light. But nothing changes. You exit the chamber a victor, your sole arrow in tow, with nowhere to go but the next battle. Antique delivery driver Conway needs to get to 5 Dogwood Drive. Hopelessly lost, he consults a gas station attendant who directs him toward a mysterious highway known as Route Zero. But reaching the enigmatic Zero is far less simple. Filled with bizarre, disconnected interactions, Kentucky Route Zero leaves the player longing for a real human connection. Despite a vast amount of conversation trees to choose from, they have little effect on the outcome. Characters join Conway in his travels before dissolving as though they never existed. While there may be company on this southern drive, everyone is on their own journey. 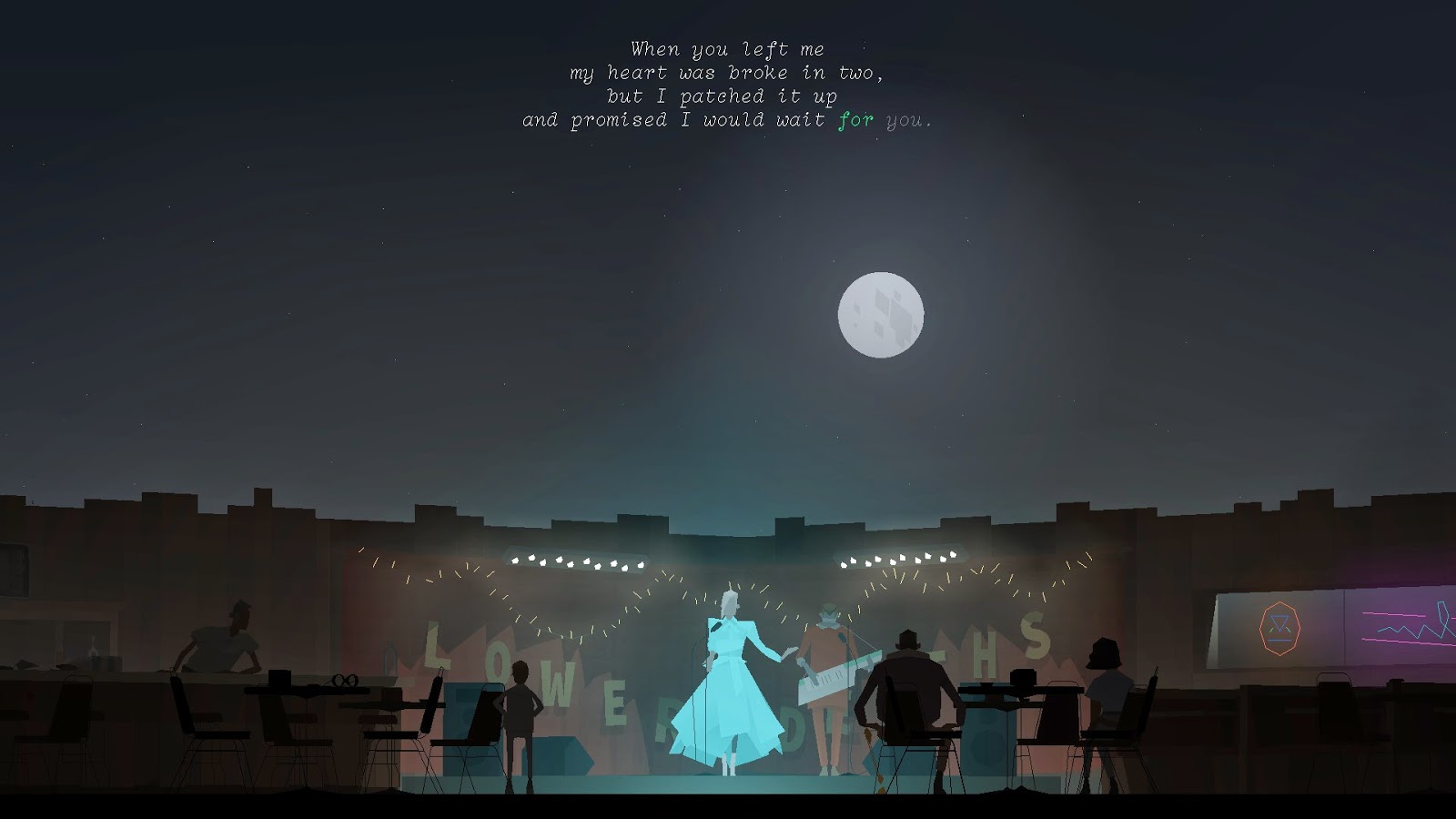 The following soon to be released titles also hold this theme at their center, so it seems we won’t have to look far for a piece of solitude in gaming for the remainder of 2015.

Everybody’s Gone to the Rapture

Recently receiving an official release date, The Chinese Room’s post-apocalyptic adventure seems primed to define loneliness in gaming. The story begins with the end of the world in 1984. Discarded toys litter a playground, and the wind blows quarantine leaflets about an empty churchyard. Those who remain investigate the eerie, scenic town of Yaughton, searching the fragmented memories of the vanished townsfolk in order to unravel the mysteries they held.

Featuring randomly generated dungeons and punishing difficulty, Capybara Games’ Below invites you to come in from the storm. Exploring the depths of a remote island, the warrior is dwarfed to miniscule proportions by the imposing environment, conveying his isolation and vulnerability. More than an aesthetic choice, it extends to the gameplay – permadeath is a feature in this upcoming action-adventure.

Henry has retreated from his complicated life to work in solitude as a fire lookout in the Wyoming wilderness. His only contact with the outside world is the voice of his supervisor Delilah over a handheld radio. Following a strange event, he leaves the lookout tower to explore the surrounding forest. There, he is tasked with making difficult interpersonal choices that could strengthen, or destroy, his last remaining relationship. Online multiplayer is a fantastic way to connect and share experiences with friends and strangers alike. It’s become as much about the social aspects as it is about the game itself. While this is undoubtedly important, these introspective, personal stories hold great value of their own.  Experiencing these emotions can be uncomfortable, but a game allows us to explore them safely. Perhaps becoming familiar with loneliness enables us to respond to it with less fear and instead use it to find a new perspective on our social interactions. We can all feel a little lonely at times, and there’s something very unifying about that.

What important titles have I left out? Is there a particular title that left you a little forlorn?