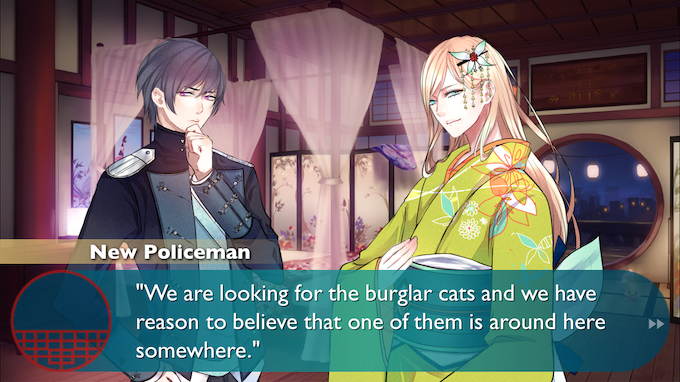 Ever since Hatoful Boyfriend first released in 2011, parody otomes have become en vogue in the visual novel scene. We’ve seen it with Kokonoe Kokoro, Paca Plus, and now, we can add Purrfectly Ever After to the mix. The main character is a cat turned human, and the former leader of a gang of cat thieves. After rescuing one of her friends from danger, she decides to give up thieving, lead an honest life, and also give up being a cat. She becomes human and decides to date those who helped her in her feline life. These include the sadistic doctor Sirius, the refined ramen seller Kale, and the conflicted cop Kofuji.

Looking at the feline Pinocchio premise, Purrfectly Ever After looks to be in the same goofy, self-deprecating vein as its predecessors. On those grounds, I see no reason to believe it can’t match their quality. The “cat in a human body” scenario leaves itself open to a lot of comedic moments. At the same time, though, it also leaves itself open to a little more than comedy. The protagonist already has some kind of relationship with the men she’s dating, and while we can’t be sure if they know she was a cat, we can be sure that her previous life will affect her relationships in some way. Often, characters in an original visual novel come onto the scene knowing nothing about each other, so it’s going to be interesting to see how this kind of context will affect Purrfectly Ever After.

The game is already well on its way to being funded, having accrued $4512 USD of its $7555 AUD goal already. An $18 USD pledge (the SALAD level) will get you three character scenarios and their epilogues, while $27 USD (the ENTREE VEGETARIAN level) will unlock all five. (A sixth character will be added if stretch goals are met.) An iOS demo is already available, and the game will also release for Android and, if Greenlit, Windows and Mac. The project ends on July 25.

Back in 2012, Anita Sarkeesian launched a Kickstarter to fund Tropes vs Women, a series of critical videos that examine gender in video games. Now, Not Your Mama’s Gamer plans to do something similar for race in Invisibility Blues. These videos will look at the topic of race from several angles: representation in games, how video game critics handle race, how race intersects with narrative and mechanics, etc. While Not Your Mama’s Gamer has been doing videos like these for a while, launching a Kickstarter will allow them to turn the videos into a dedicated series and expand what they can do.

Although Invisibility Blues isn’t a game, it examines a topic about games that needs exploring. Race is still something that video games have to figure out. A lot of games default to having white protagonists, and those that don’t risk representing non-white people in a stereotypical fashion (see: Resident Evil 5, Assassin’s Creed III.) Better critics than me have written about this. Fortunately, Invisibility Blues looks like it’s found room to expand on what they’ve written. Not only will these videos cover games, but also the culture that surrounds them. That’s a topic worth analyzing, and looking at the team behind the videos, I’m confident that they can handle it.

The Invisibility Blues Kickstarter has reached about $1300 of its $4500 goal, and is set to end on August 8. The videos will be available for free, although pledging $25 will get you a digital download of all the videos when the series is completed. 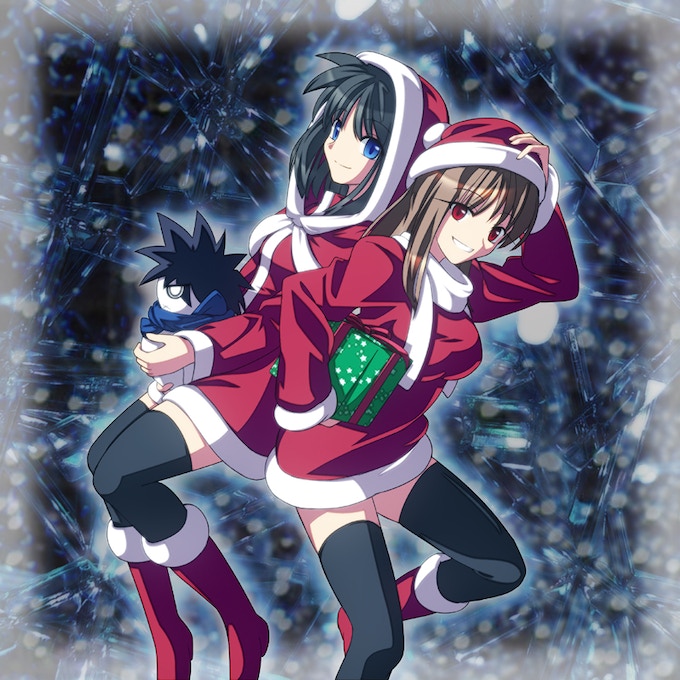 One of gaming’s more frustrating experiences is stumbling upon a cool game, only to realize it’s only available in a language you don’t understand. Culture Select understands that frustration and hopes to alleviate it with this Kickstarter. They’re a new localization team that’s looking to bring smaller doujin titles to Western audiences. What sets this translation group apart is that in addition to translating their games into English, Culture Select also plans to translate games into Spanish. They’re going to begin their efforts with Wish, a small visual novel franchise. The first game in the series follows the lives of a couple of magic users as they take care of a family shrine, battling monsters and honing their abilities.

Really, though, the localization is the focus here, and it’s that focus that I’m personally interested in. This Kickstarter touches on aspects of gaming that I’ve always paid attention to: obscure Japanese games, the small doujin groups behind them, and the grassroots translation groups looking to bring them to more people. I’m also curious about the Spanish translation aspect. While I don’t know anything about their localization scene, it’s good to see somebody catering to Spanish speaking visual novel fans.

The Wish Kickstarter has already reached $1800 of its $4800 goal, and is set to end on August 6. A $5 pledge will get you a copy of the game, although it’s limited to 100 backers. Should Culture Select reach their funding goal, Wish is set to release for Steam in 2016.