Stage of Development is set to be a series of short documentaries about certain figures in the games industry, from gaming pioneers like  creator of DOOM John Romero, indie developers such as Mike Bithell, and famous gaming personalities such as Youtuber John Bain. The project itself is headed up by industry veteran Russ Pitts, the co-founder of Polygon.

Having such an established figure as Pitts lead the project is what makes this set of documentaries so interesting. He knows what he’s doing when it comes to this sort of project and has budgeted vigorously for it. The interviews themselves look to cover a broad range of topics with some interesting insights from industry figure heads.

After only a few days on Kickstarter the project has made around 7% of it’s totally funding goal. The minimum pledge of $5 comes with a thank you from the team and production credit. So far no detail has been given to how series will be distributed, but mention is made of both physical and digital copies being produced. 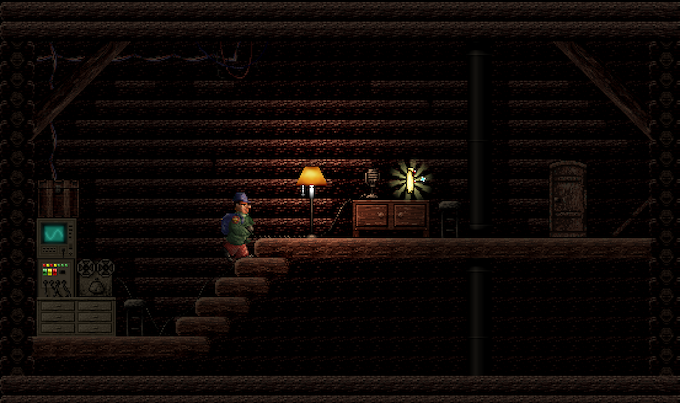 How many stealth platformers are indie developers making? While I don’t know the answer myself, you can add Nomera to the list. This stealth-oriented platformer from Dot Star Money sees you playing as an American agent during the Cold War. You’ve been sent to investigate Russia’s various military bases and Number Stations for information. All the expected stealth hallmarks, like upgrading your equipment and sneaking around attentive soldiers, show up in Nomera, but the big focus appears to be how you can interact with every object in the game. The Kickstarter itself cites a bookcase as an example: it might hold important information or a special item.

Yet that in itself isn’t what has me interested in Nomera. It’s the atmosphere I’m most intrigued with. The Russia depicted in this game looks very bleak. Nothing can be trusted, and even the most minor detail can’t go unnoticed. This is exactly how you’d expect an agent in hostile territory to look at the world, which is what makes all the design decisions work so well. They lend themselves very well to the tone that Nomera is trying to establish. In fact, I can imagine Dot Star Money doing some very clever things if they play their cards right.

Currently, Nomera has only reached about 1% of its $50,000 goal. Pledging $15 will get you a digital copy of the game, but US backers can get a physical copy if they pledge $50. Should Nomera reach its funding goal, it will release for PC, Mac, and Linux in fall of 2016. 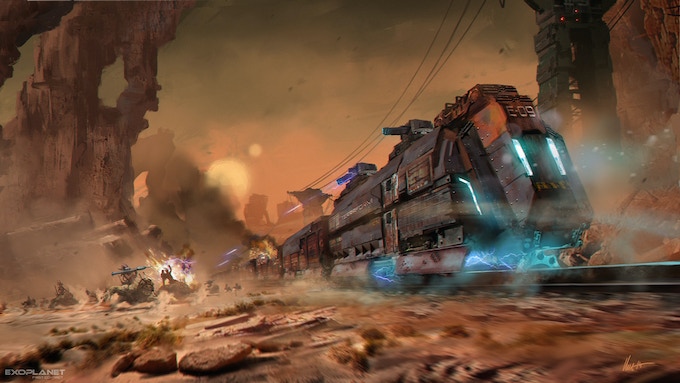 Is it just me, or is there something intrinsically cool about the phrase “Space Western”? Maybe it’s just that when I hear those words, I can’t help but fondly remember the cult TV series, Firefly. Alersteam, a team made up of professional developers and modders from around the world, are attempting to create a new action RPG for the genre, and it really does look promising. The game is a story driven single player experience, centred around Jack Sharp, a daring adventurer, stranded in the wilds of the desert planet, K’Tharsis. To sum it up, it looks like Red Dead Redemption meets Mass Effect, and if that’s not an exciting premise, I don’t know what is.

One thing that intrigues me about this title is the wide range of elements the game promises to combine, fusing several genres together to create an impressively immersive experience. Futuristic weapons, bounty hunting and gun slinging action indicates that we’ll be seeing plenty of classic shoot ‘em up elements, and the crafting system means exploration and mining for resources will be a big part of the game. The survival genre even gets involved, as Jack will require sleep, food and water to survive. Plus, the story unfolds relative to the player’s decisions, presumably meaning there will be multiple endings, and plenty of replay value.

The game is powered by a new proprietary game engine, called the Sahara Engine, and the screenshots from the game really do look beautiful, fusing bold colours with a confident art style. The game looks kind of like what I imagine Borderlands would look like if it were made more photo realistic.

With 18 days to go, the game has reached around 60% of its goal. Rewards are offered for pledges as low as $1, although it will cost $15 to get a digital copy of the game. The Kickstarter also has a range of stretch goals, which promise to add lots of additional content to the project.The game currently has no confirmed release date, but if it reaches its goal, it will release as a PC exclusive title.
–Philip Aldous