Exploration games are an itch I seldom scratch. Not since Dear Esther have I felt so soothed and entranced in a world refreshingly bereft of the machinations that appear to define what video games should be, whether it’s solving puzzles, filling experience meters or shooting people in the face. And with 2001: A Space Odyssey easily making my list of favourite films, Stranded seemed like a perfect way to suffuse my love for science-fiction with an experience that stands apart. I wanted to love Stranded. And I did. For the first thirty seconds.

On Steam’s store page, Stranded is billed as a “minimalist adventure game that foregoes dialogue and puzzles to focus on atmosphere, mystery and exploration” and an alleged “experiment with the fundamentals of the genre.” I’ll do a little experiment of my own, and focus my review on debunking what this product claims to be.

Let’s start with atmosphere. I imagine this Mars-esque planet lacks the apropos to support an atmosphere, since the astronaut the player controls sports a white space-suit. But that’s probably not what the description meant. Admittedly, the early moments of the game do capture a sense of loneliness and a brief sense of awe. As I slipped out of cryo-sleep, stepping onto the red planet gave way to a gorgeous vista that seemed to hint at a larger, interesting place. But this was soon squandered by how Stranded limited where I could actually go. And soon I felt less stranded and more locked-in. 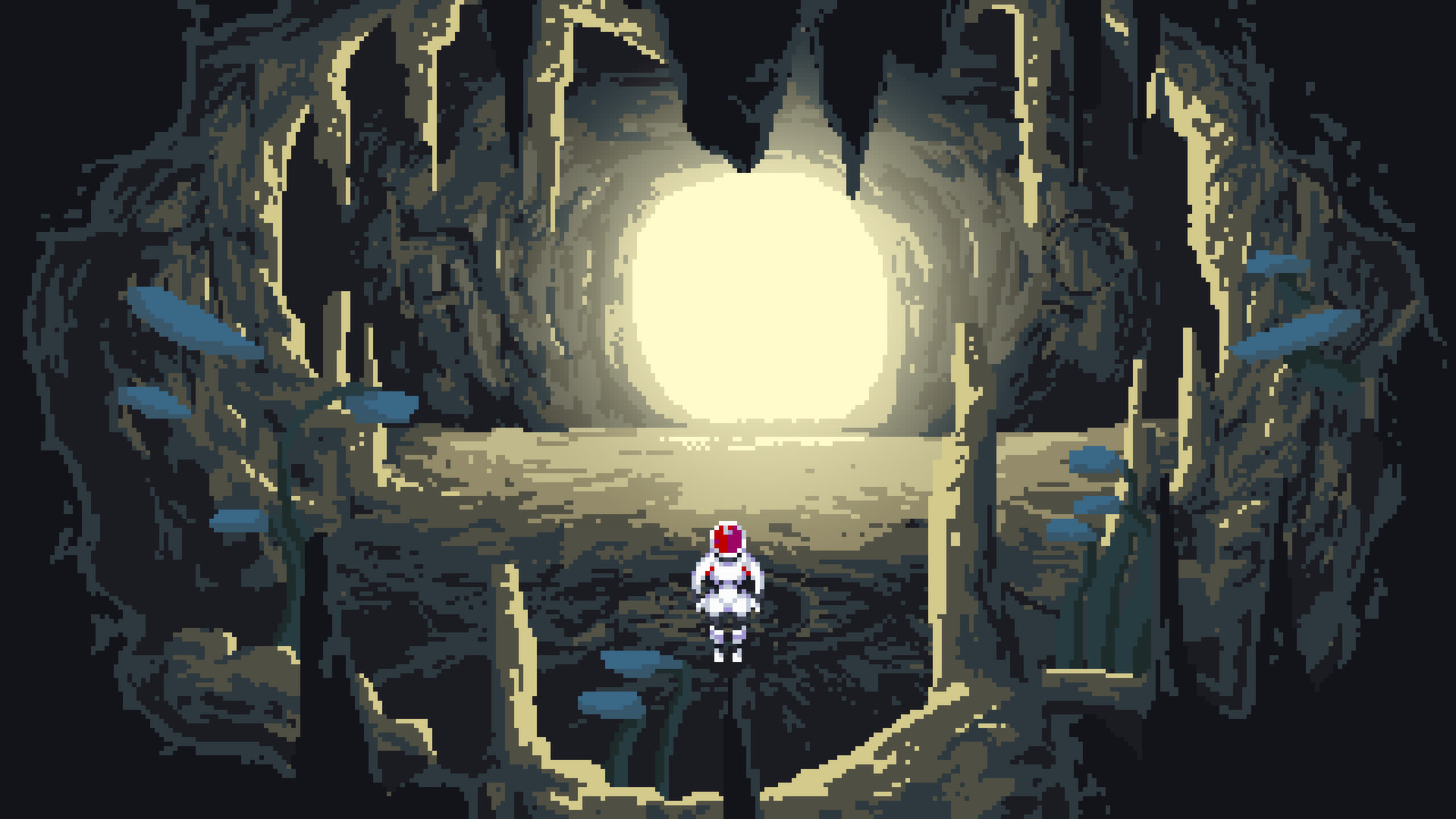 Not to mention the point-and-click movements barely function as a navigation tool. Having to repeatedly click on a location before the avatar would move made Stranded’s core mechanic of exploration clunky and tiresome. It seemed almost self-defeating, especially since a movement can’t be cancelled or interrupted, leaving just the sound of crunchy footsteps to help pass the time. On some level I do appreciate the pace Stranded crawls along, which would normally create an opportunity to take in what the environments have to offer. But with the overall constraint and the lack of visual variety, trotting along harbors an almost instantaneous “are we there yet?” If only there was somewhere to go.

After the one-hit-wonder vista, the mountainous landscape gave way to its hulking stone residents and ruins etched with a language unknown. Captured almost straight out of something from Shadow of the Colossus, these giants were intriguing at first. Accented by slow, heavy breaths, they spoke to me as monolithic guardians, forever preserving something ancient. But after I realized the ruins they patrolled lacked anything that would promote that same kind of visual storytelling, they seemed less like brooding protectors and more like a socially awkward neighborhood watch group. In fact, potentially the most engaging part of Stranded came when I ventured out under nightfall. Artifacts in the ruins – previously mute and vacant – surged in colour and life on my approach. When I traced where these signals would eventually mingle I was barred by a giant who decided to take a nap right in front of the entrance. The moment where intrigue peaked was inaccessible. And soon the only real mystery in Stranded was why I kept playing it. 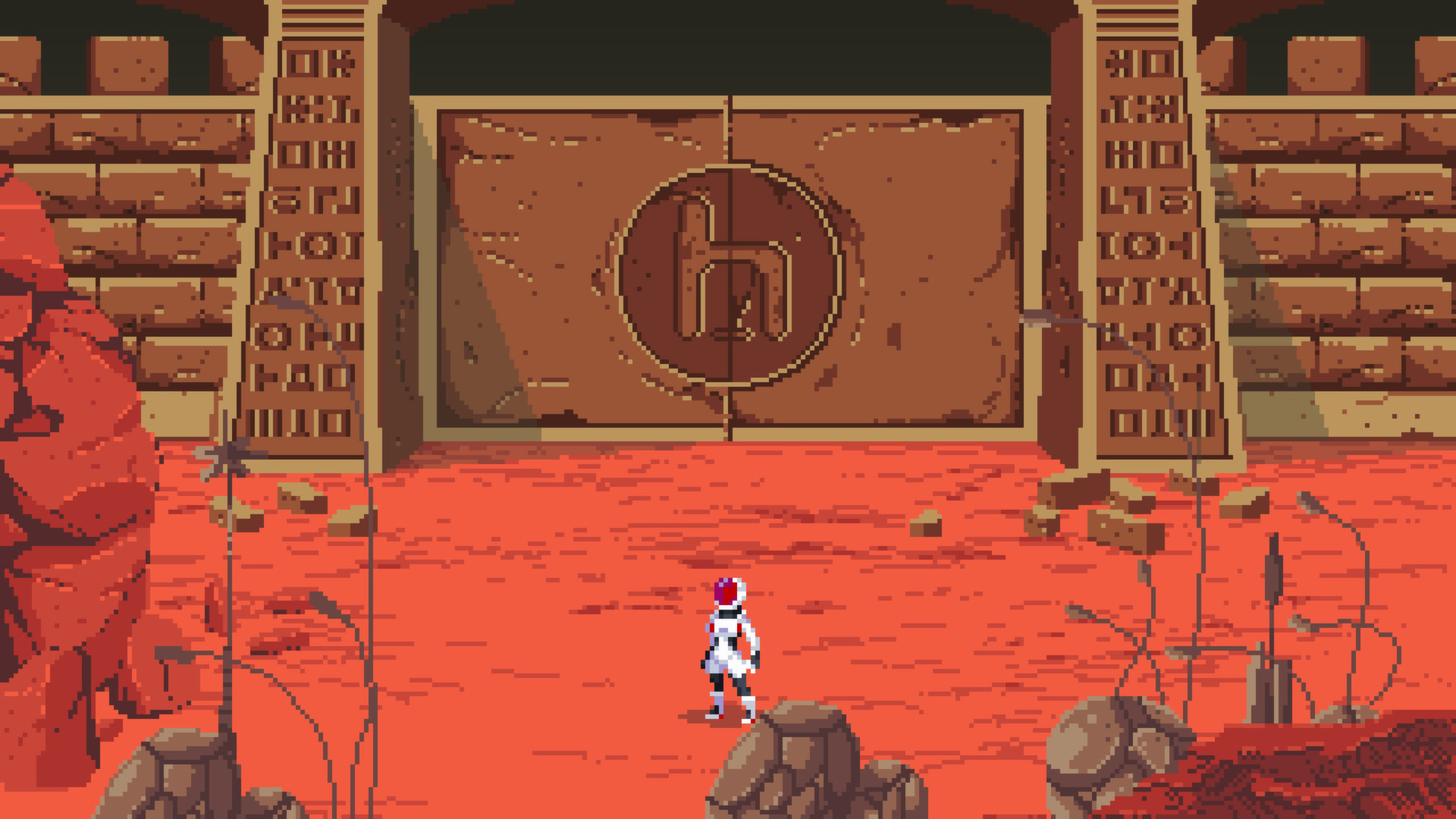 Stranded doesn’t understand its own potential or ambition. Supposedly it’s about finding whatever you can to survive, but I stood out on the sun-blasted surface and not once did I feel threatened, either by environmental hazards like the lack of oxygen or the colossi that pay you no mind. I would love to have seen an exploration game that uses a timed life to encourage exploration: ‘take-in-what-you-can-before-it’s-over’ may have been a great incentive and perhaps a decent comment on how we, as a species, take something functionally passive like sight for granted.

It’s hard to find the right response to Stranded because it barely spoke to me. There might be a story here, but Stranded ensures it remain unheard.