A refitted star ship, drifting in space. On it, a man awakens from cryogenic stasis. Stop me if you’ve heard this one before. While the premise of the narrative isn’t exactly groundbreaking, Stasis does things with it that even the amazing games it borrows from can’t hold a candle to. It also stands out as a proof of concept – I’ve never heard of another isometric horror game but after this, I’d like to see more. That’s not to say the game is without its flaws, but it also manages to rise far above them to create a truly memorable experience.

After a lengthy cutscene, Stasis begins with the main character, John, awakening from his titular slumber on-board the starship Groomlake. Area 51 aficionados will recognize the name instantly – the kind of secret research that takes place within the real-world science lab of the same name is ominous foreshadowing to what goes on aboard the Groomlake. I was drawn in by the opening, lengthy and choppily animated as it was, but I do wish I could have skipped it after starting over a couple times.

As you get your bearings and wander around the ship, it won’t be long before you come across a puzzle or two; this is a point-and-clicker after all. I suppose it’s due to the fact that I’m terrible at games of the genre (I even had to use a guide in Telltale’s Monkey Island series) that I struggled with them so desperately. Some are fairly simple and a little bit of thought tinged with experimentation can get you through them. Others are more obtuse, with seemingly random solutions – like putting a towel you’re likely to miss in a door to help wedge it open. It’s really a mixed bag throughout, although as the game progresses puzzles become easier to deal with.

While you’re running around scratching your head, you’ll find tons of written logs – some are more personal, some are research logs, and some are just e-mails. All of them can be skipped, but I didn’t miss a single one. I loved getting to know the characters aboard the ship, their interactions, and the piercing irony that sank in after reading them all. One of the most powerful moments I can think of is when I met up with a “survivor” who was probably the most faithful person aboard the ship. I knew from her logs that she was constantly quoting the bible, and I’d be a liar if I didn’t admit I found it a bit humorous that the most pious of the Groomlake‘s crew members met what might’ve been the grisliest of their fates. 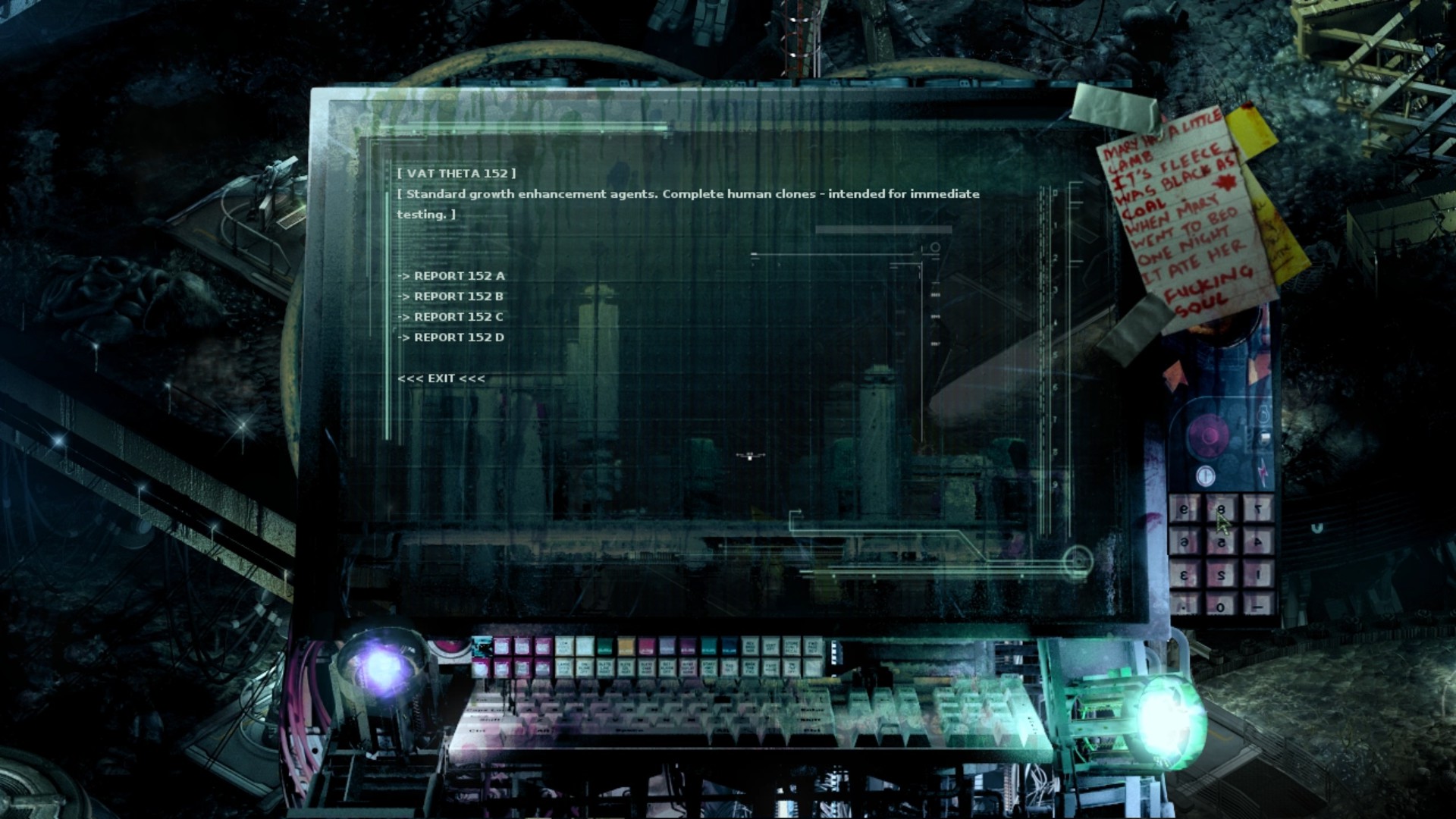 Like I said, if you’re not into reading (and there is a lot of it to be done,) you don’t exactly need to check all the logs. However, in doing so you’ll miss out on all the backstory and interplay between the Groomlake‘s crew. They humanize the dead, and instead of dead bodies I felt like I was looking at people I actually knew in some way or another. More importantly, I sympathized with them. If that’s not enough for you, a lot of the logs give important hints that help to solve numerous puzzles. I’m certain that had I not been so adamant about checking them all I would’ve had even more trouble than I did.

Just as the logs are, the game’s main story is simple yet deceptively powerful. As I played through Stasis I was constantly worried about meeting up with whatever tore up the ship and left piles of corpses laying around. It wasn’t long before I discovered the true monsters aboard the Groomlake were the people inhabiting it. It’s difficult to go further without major spoilers, but suffice it to say that the killers on Groomlake aren’t what you should be worried about. The tension is kept high early in the game, as you wait to get jumped or attacked by some grotesque alien horror. However, it doesn’t happen – at least not often. They’re rarely seen, but when they are, it’s pretty terrifying. Granted, most of the earlier scares are more or less jumpscares, but their rarity makes them all the more effective. However, they just don’t compare to the depraved man-made horrors you come across later on.

As Stasis wears on, it wears on you. Your character’s mind slowly cracks throughout – what was once a stable yet confused school teacher eventually becomes a broken and demoralized crying mess. It reflected my feelings: in the beginning, I was just as confused as he and it brought us closer together as protagonist and player. As he recoiled in horror, so did I. As he cried, so did I. I felt everything he did, and even a bit more as I watched him suffer.

Now, with all that said, Stasis does have some important issues. Some are technical – the second time I started the game, I simply moved in the wrong direction and the whole thing broke, halting progression (although it should also be said that I didn’t come across any other bugs.) Also, the options menu is pathetic, with only volume and brightness settings. Stasis also isn’t friendly towards dual-monitor setups – I regularly clicked out of the game just by opening my inventory. It also suffers from some issues with the isometric perspective. It’s often hard to tell where your character is, especially in later areas. Additionally, the game doesn’t feign three dimensions very well and it’s almost impossible to tell what’s up and what’s down. The perspective issues don’t always affect gameplay, but when they do it’s quite noticeable and either way it’s quite disorienting. There are also some minor plot holes, but these aren’t evident until you’ve finished riding the emotional high of the ending.

In a nutshell, Stasis is a dark and gruesome horror game that’s amazing to experience but difficult to play if you’re not experienced with the genre. It’s definitely not the place to be cutting your teeth. However, if you can look past that what you’ll find is a cautionary tale about the dangers of amoral science that will rock your very being.