Episodic games are one gaming experience split into numerous shorter episodes, and they’ve settled into the gaming market securely enough that you probably already knew that. There are plenty of reasons a developer might want to release a game in this way. Not only are the episodes comparatively cheaper to develop, but money made from previously released episodes can help finance the ones that are still in development – a rather clever solution to the issue of funding. Not only that, but if the episode releases are staggered just so then developers can enjoy that crucial extra bit of coverage over a number of months while they still have new episodes to show off.

It’s not hard to see why this would appeal to anyone looking to make games. This model significantly reduces the financial risk involved in creating longer gaming experiences, and its success opens up numerous possibilities for smaller developers who otherwise wouldn’t be able to create longer or more fleshed out games. The existence of the episodic release structure has the potential to be an incredibly positive force in the indie space and possibly even resurrect the concept of the fabled ‘mid-tier’ developers. The debate over whether games like Life is Strange are still indie games given they have AAA publishers is a sign that this middle ground may be returning in a way we’ve not seen since the PS2 era.

But in many ways, I still find it weird that episodic gaming took off the way it did. All the advantages I’ve listed are great for the game developers, but any advantages for the player, if any, are completely lost on me. I’d have expected the piecemeal release of a larger complete experience to be tolerated at best, but here it stands with enough of a market for Square Enix to not only assist with publishing Life is Strange, but also throw the venerated Hitman series behind. The widespread acceptance of this model by gamers is, when deconstructed, somewhat confusing – and although I do believe that it’s something that we should ultimately accept, I have to wonder if maybe we’re doing so too readily. 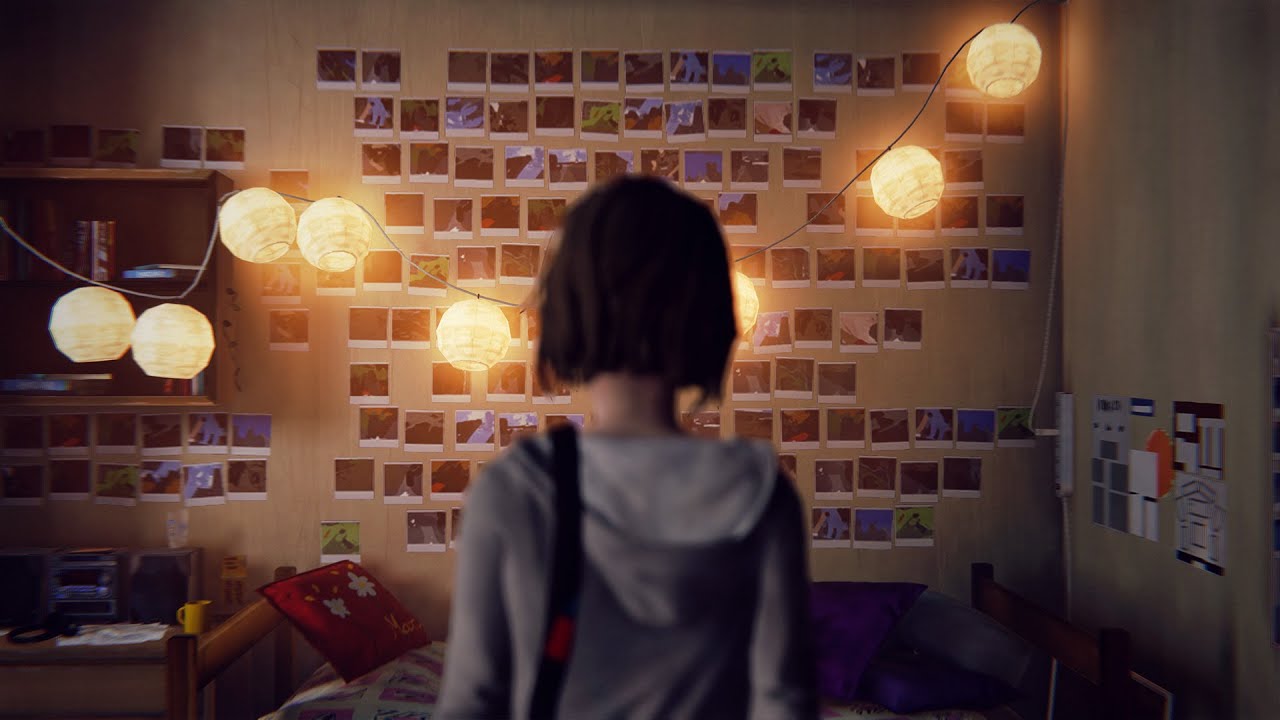 Many players and critics have said that they appreciate the shorter length of the episodes given their busy lives, but think about it; those hours are still going to add up across the episodes and inevitably come to the same length as any other game. Some people trot out the line about how you don’t have to play all the episodes, up to and including an IO interactive representative on the subject of this year’s episodic Hitman game, but since they were designed as parts of the same single experience I can’t imagine it’d be rewarding to only play parts of it. That advantage is predicated on the idea that you’re going to want to stop halfway through, and if you’ve got such bleak expectations then I have to wonder why you would get invested at all.

Unless you review games for a living, I’d have thought going for one of the thousands of sub-two-hour games that were designed as single titles meant to stand up on their own would be a no-brainer. Even if you believe you don’t have to play every episode, getting into a game where there are no other episodes still represents less of a commitment. It’s not like they’re even hard to find; they’re all over the place. I tripped over at least five on my way to the shower this morning. You can’t move for the bloody things.

To my eyes it seems that the player-facing advantages of episodic games are all provided better elsewhere, and yet there are still enough people who like the idea for it to be a viable business model. Am I just missing something?

As a market we have a real knack for finding reasons to enjoy anything that makes someone else money with no obvious benefit for the player, and as great as it is that people are enjoying themselves, my concern is that this selective tolerance of ours might be inviting poison into the veins of our beloved medium. The financial security episodic gaming can provide to struggling developers could be a huge force for good, but it’s also ripe for abuse…abuse that I’d argue we’re already seeing signs of. 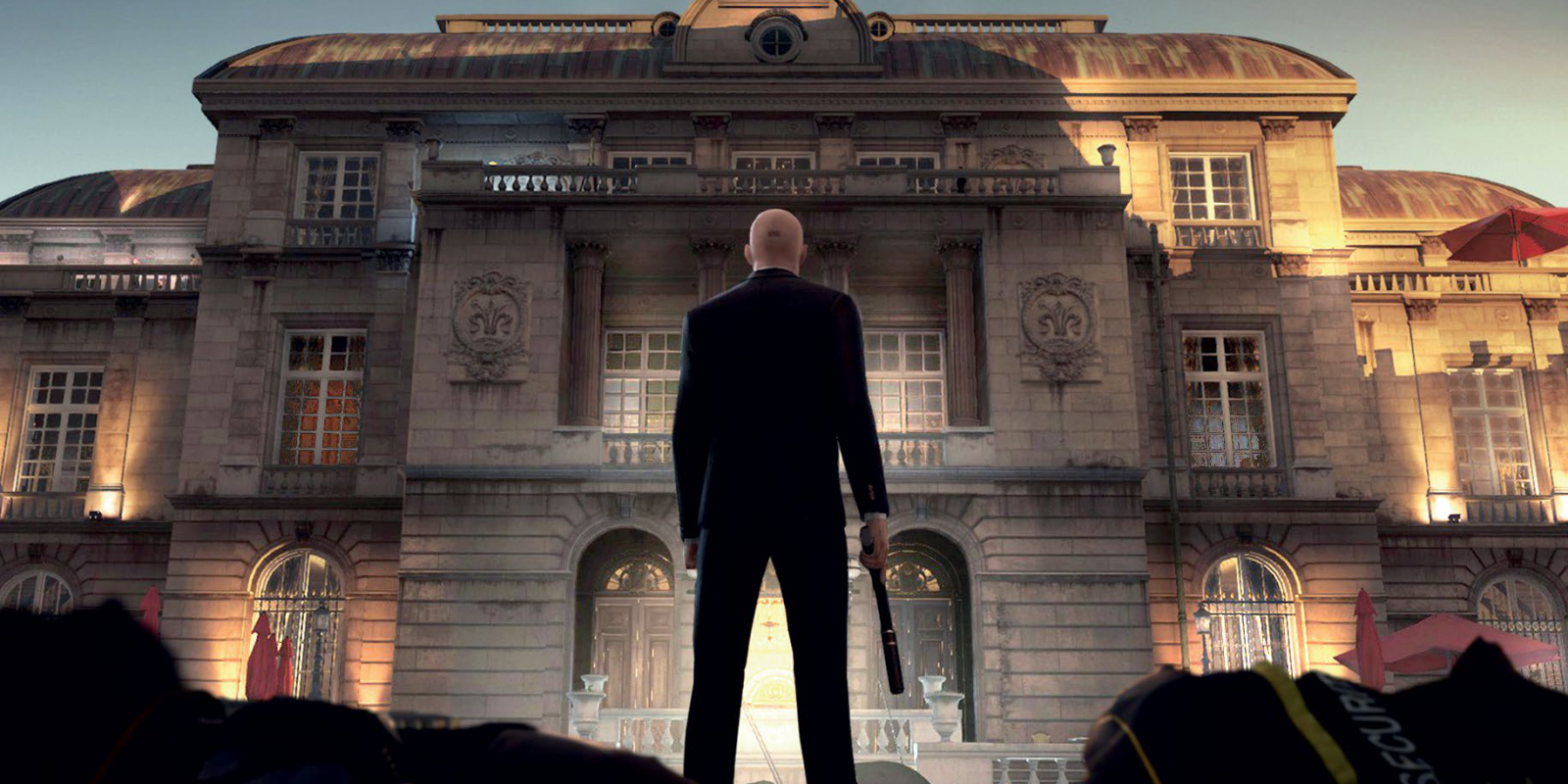 After getting their foot through the doorway of episodic games by publishing Life is Strange, Square Enix decided they were going to release the new Hitman game in seven parts that, together, cost $74.93 – around $15 above what they could typically have gotten away with for a single release – unless you pre-order all the episodes. Rather than emboldening a smaller developer with a little extra financial security, what we’re seeing with Hitman is a company that easily has enough money to release the game all at once, hiking the price of a well-known and well-liked property that would have sold well enough regardless, then masking that with a development method liable to save yet more money, and one that also enables them to make a further tidy buck when Hitman is inevitably re-released as a complete package  – and that’s the diplomatic version. In my mind, this is a blatant corruption of what episodic games should be. But nobody seems to mind, because episodic content is a thing we’re used to. Square Enix published Life is Strange and we didn’t complain, and alarmingly few people seem to see a difference.

There is a difference, of course: Square Enix may have published Life is Strange, but the actual development was done by Dontnod – a developer that was previously filing for bankruptcy after the poor performance of its prior game, Remember Me. It’s worth noting that both Life is Strange and Remember me had female protagonist and both games featured the same rewinding mechanic, the rewinding and manipulation of memories experimented with in parts of Remember Me having turned into the time-travelling manipulation of actual events that formed the core of Life is Strange. Efforts were also made by prospective publishers in both cases to have the protagonists changed to men. Dontnod had very much been here before; they had every reason to think they were going to struggle with Life is Strange, and without the safety nets that an episodic release structure would provide it probably would have been too risky to develop the game at all.

By contrast to this tale of a struggling developer trying to make unusual new IP’s, Hitman is a story of Square Enix trying to squeeze more money out of an established and popular property. Much like their disastrous attempt to boost Deus Ex: Human Revolution pre-order sales by holding pre-order bonuses to ransom until certain sales milestones were passed, Square Enix claims that the episodic structure of Hitman is about offering more choice to the audience. An IO interactive representative told Eurogamer that “you can skip an episode, but you’ll miss out on some of the story elements”. The illusion, however, is as transparent now as it was with the thankfully cancelled “augment your pre-order” scheme: their representatives may reinforce that it’s your choice out of one corner of their mouth, but in the same breath they’ve warned the audience that they’ll have something missing from their experience, rendering it inferior. Square Enix are not selling you these episodes expecting that you won’t buy them. Cynicism drips plentifully from Hitman’s release, and the game doesn’t have anywhere near as good an excuse for it as Life is Strange.

Hitman is not a risk. Even with the mixed reception that Hitman: Absolution received it still broke 3.6 million copies sold. Hitman can triple the sales of Life is Strange on its worst day. If you’re not making enough money with those kinds of sales, I fear it’s not the release structure that’s the problem. Any combination of unrealistic expectations, poor financial planning and plain old greed could be the problem, but unfortunately these are all pitfalls that the audience shouldn’t be bailing you out of.

By no means am I saying we should dismiss the idea of episodic gaming altogether – I’ve taken great pains to keep bringing up the potential it has as a positive force in the medium – but I feel that cases like this one demonstrate that we need to be more careful about examining the reasons for our acceptance. I’ll probably sound like a complete snob for suggesting that episodic games need to be kept indie, but in this instance I honestly think we’d be better served if they were. Let’s reserve this particular cost-saving measure for those who need it, and if someone bigger comes along looking to get their foot through the door, maybe let’s take time to examine their reasons for doing so. A little caution never hurt anyone, and you never know – it might just save episodic gaming from becoming yet another way to pry open wallets.