Editor – When you were nine years old did you know what you wanted to do with your life? Had you ever even thought about it? If you did, are you now doing what you thought you would be? Well, if you’re indie developer Andy Esser you not only knew what you wanted to do, but were already teaching yourself the skills you’d need for your future career.

Currently working on both The Adventures of Bubble and Squeak and Destiny (Working Title), Andy’s games are heavily inspired by his own experiences of loss, and act as a way to deal with those emotions in an a way that brought me to tears the first time I heard him talk at length about them. In this series of Developer Blogs, hosted exclusively here on IndieHaven.com, Andy talks to us about a series of topics that he feels are important to either the Indie scene, or sometimes just to himself.

A question as old as time itself… ok maybe not quite, but it’s a question that has been bandied around a lot over the last few years since the rise of the digital distribution and cheap tools has made it easier and easier for anyone to develop computer games and get them into the hands of gamers.

In this, the first of my short posts for IndieHaven I attempt to answer this question and discover that it’s not quite as simple as it might seem at first glance.

Below is Dictionary.com’s definition of Independent

1. not influenced or controlled by others in matters of opinion, conduct, etc.; thinking or acting for oneself: an independent thinker.

2. not subject to another’s authority or jurisdiction; autonomous; free: an independent businessman.

3. not influenced by the thought or action of others: independent research.

4. not dependent; not depending or contingent upon something else for existence, operation, etc.

5. not relying on another or others for aid or support.

Immediately we can see a number of these already conform to what most people consider to be Indie. Most of us will agree that an Indie developers like to do their own thing, don’t like to be told what to do and will quite often go way outside the normals bounds what video game developers like to stick to.

However, the 5th item on that list can be a bit at odds with what some of us believe is Indie. For example, a lot of Indie projects are completely collaborative across the world, for free, using Open Source technologies – does that count as using others for support?

Alternatively, what if a particularly business like Indie developer decides to approach the bank for a loan to allow him develop his game full time, does that make him no-longer Indie as he’s being funded by a third party. What about Venture Capitalist or Angel Investment? Does this also mean that a single coder, using programmer art, at his desk in his bedroom creating his game is any less indie because he’s borrowed money, or promised to give a percentage of the profits to someone who forks up some cash for them to realise their dream.

Where do we draw the line?

With tools such as Unity and GameMaker, it is increasingly becoming easier and easier for anybody to create their own games. There are literally thousands of tools available on the internet to help you make games, whether they be art assets, sound files, tutorials or marketing resources. The Internet has allowed anyone to talk to everyone and get the word out, this can only get better and help to keep the Indie scene alive. 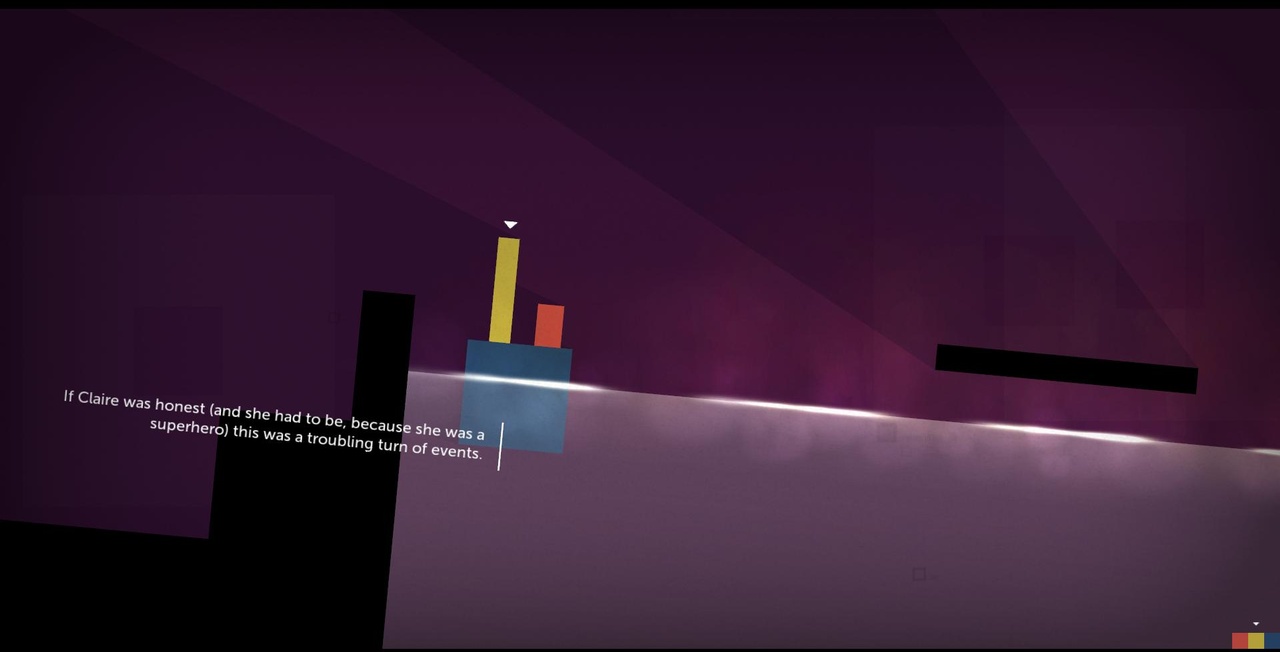 Mike Bithell developer Thomas Was Alone whilst working full time. He spend a great deal of time and effort developing this unique and highly enjoyable platformer.

Mike chose to ask Danny Wallace to narrate his game, a performance that earned the game and Danny a BAFTA Award in 2013.

Since release, Mike has since left full-time employment to concentrate on his future projects, and creating a PS Vita version of Thomas.

Does getting a BAFTA award affect his Indie-ness in any way? Mike is very much the developer I wish to be some day. He’s a great chap (if you ever get a chance, buy him a beer and have a conversation with him) and has done what all of us developers want to do; published a game, gotten it onto Steam and won a BAFTA. 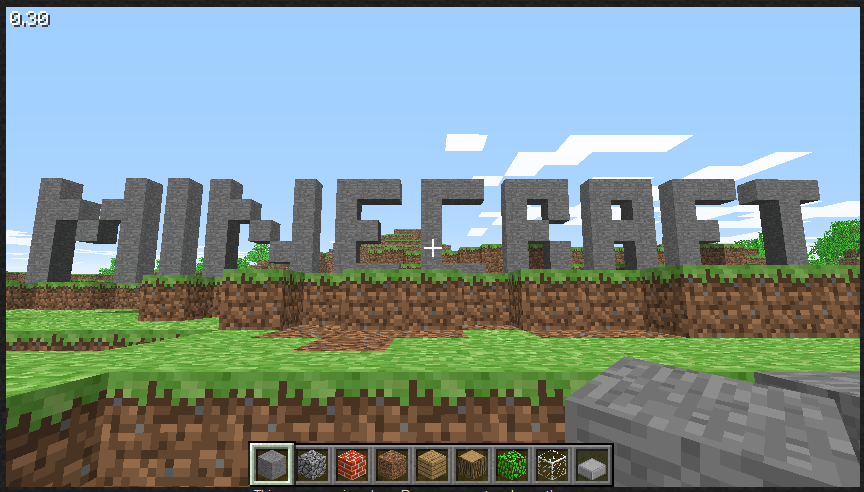 How could I write an article about being Indie without mentioning the game that helped catapult Indie games into the spotlight and is now played by over 10 million (PC Game, based on Mojang published stats) not to mention a port to XBLA.

What started as a single developer in his spare time is now looked after by a company of dozens, has an annual revenue larger than I care to think about, has spawned its own Convention and has become part of pop culture with kids walking around with Steve or Creepers heads, and god only knows how much merchandise.

Clearly Markus ‘Notch’ Persson was an Indie developer at the start, but is he still Indie? They have no publisher input, nor investors, relying solely on the revenue of their own products. The only difference is the amount of money they’re making and the number of employees. Perhaps ‘Super Indie’ is a more appropriate definition, but I like to think they are still Indie. 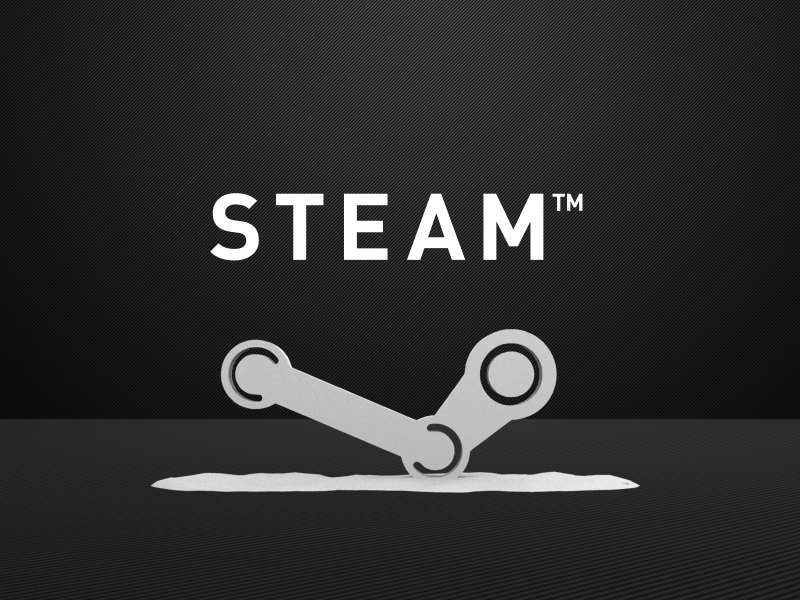 Valve are by no means an Indie outfit, boasting over 200 staff, dozens of games, the Steam distribution client, numerous awards, ridiculously deep pockets of gold and a somewhat weird management structure. However they are not owned by anyone, nor do they answer to a publisher. They are Independents, and I’ve used them here as an example of a larger corporate entity that subscribes to a number of the Indie principles, but don’t fall into the category.

So, in conclusion… it seems that being Indie is pretty much a completely subjective label that a developer may choose to identify themselves with, and specifically pigeon-holing people/developers into the “Indie” label, or “Not Indie” label would be completely pointless and/or doing them a great disservice.

All I can hope is that we continue to have this amazing time of so many Indie developers being able to create what they want to make, and get it into the hands of people who want to play those games, regardless of whether it’s for fame, fortune, or simply to tell a story.

Editor – If you’re an Indie Dev of any size that would like to take part in a future Developer Blog, please email Laurak@IndieHaven.com and let us know a little about yourself. The more the merrier.