I love every entry in the Dark Souls series, even the divisive sequel Dark Souls II – especially after its Scholar of the First Sin re-release – but there’s something that’s bugged me since the beginning, and has only grown more and more pronounced as the series grew in popularity. The developers and marketers have leaned into the idea that the reason so many people love the series is its difficulty, rather than the intriguing and mysterious world or the interesting and dynamic but often fair boss fights that really cemented the series’ place in many players’ hearts. Sif the Great Grey Wolf isn’t the hardest boss in the game by far, but is arguably one of the most memorable and affecting boss fights in recent memory. Despite his difficulty, even Artorias, a beloved boss from the DLC expansion to the first Dark Souls, Artorias of the Abyss, is memorable not for being punishing but rather for the pathos and horror of seeing a legendary hero brought so low, along with the triumphant feeling of finally having the moveset click and overcoming a seemingly insurmountable task with relative ease. 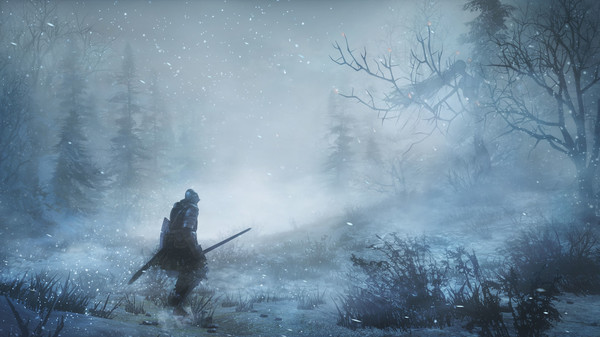 But consider the ‘Prepare to Die’ suffix attached to the final release of the first Dark Souls, or the crone’s gleeful giggles of ‘You’ll lose all your souls. All of them. Over and over again,’ in the opening minutes of Dark Souls II. Consider the official Bandai Namco store selling ‘Git Gud or Go Home’ T-shirts. They’ve learned all the wrong things over the past few years, and it shows in their game design, with ultra-difficult and unbalanced enemies showing up in the most recent DLC expansion, Ashes of Ariandel, that lead to many encounters that just aren’t interesting or fun. They’re just difficult for difficulty’s sake, and it’s unfortunate. It makes areas of an otherwise beautiful and intriguing expansion feel like they aren’t worth the effort of slogging through an endless horde of wolves, flame- spewing trees, and giant, near invincible Vikings. It’s a real shame.

And that’s where Acid Nerve’s Titan Souls, published by always interesting Devolver Digital, comes in. The game is gorgeous, atmospheric, and shares a lot of DNA with Dark Souls, and it’s at risk for that very reason. It tells its story through a mix of environmental clues and scattered boss fights. It can also be incredibly tricky, as you have to learn the bosses’ patterns to find their weak point, which you have to take out using your single arrow, which you must collect after every use, but almost all of the fights feels totally fair, and the game can be beaten in a matter of minutes once you understand how each boss works. 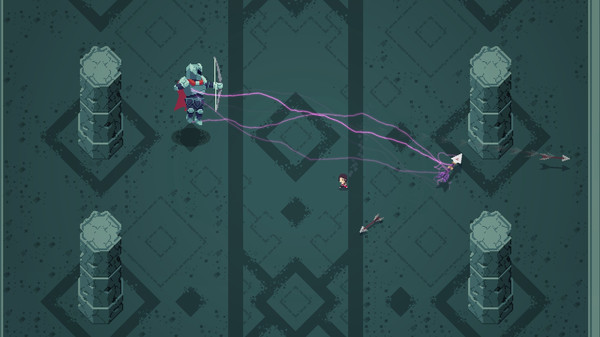 Titan Souls’ world is intriguing and mysterious, and filled with stories to be told. I’d love a sequel, as there’s precedent for other titan-slayers before you, based on the single instance of dialogue in the game, as well as an encounter with one such titan-slayer who has become a titan himself. Perhaps we could meet a version of our player character transformed into a titan in a sequel. I’d love to see how the world manifests itself after the events of the game. It’s a universe with so much potential, but Acid Nerve need to learn from From’s mistakes and not arbitrarily up the difficulty or try to sell the game on challenge alone. Just like Dark Souls, Titan Souls is much more than that.

So Acid Nerve must resist the temptation to pander to the ‘Git Gud’ crowd should they ever release a sequel, and rather focus on expanding the gorgeous world they have created. Too few games place their storytelling focus in the world and character design itself rather than exposition, and that’s the real similarity between Dark Souls and Titan Souls: they let the world tell its own story. The gameplay isn’t all that comparable aside from the existence of large bosses, but the unique storytelling methods are. And that’s what I want Acid Nerve to take away from the huge critical acclaim their game has received. We don’t want games to simply be shallow challenge modes; we want them to mean something, to draw us in and let us explore, to be fun and fascinating and gorgeous and evocative pieces of interactive fiction. Those are the kinds of worlds we rarely get to visit, and I don’t want Titan Souls to lose what really makes it stand out.